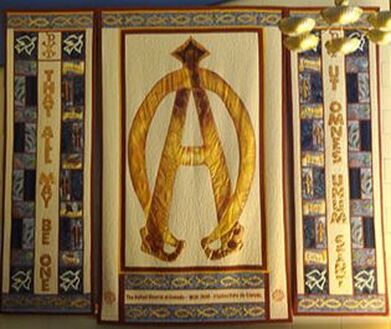 The first Banner, Alpha and the Omega was dedicated in 2005 by Moderator Peter Short, a former Minister of Beaconsfield United Church. Unique to this particular banner are the depictions of the four Evangelists, Mathew, Mark, Luke and John, flanking the main banner and on the other side, the Matriarchs, Deborah, Naomi, Ruth and Ester. 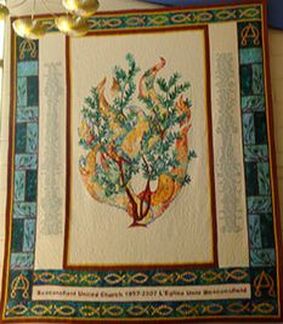 The second banner, The Burning Bush was dedicated in 2007 by former Ministers, the Reverend Dr. David A. Williamson and the Reverend E. Bruce Ross on the occasion of Beaconsfield United Church's 50th anniversary. This banner symbolizes the Presbyterian influence and traditions of one of the founding Churches. Unique to this banner, are the embroidered lists of names flanking the main symbol of individuals who have influenced members of the congregation in their understanding and belief in the ready presence of God. ​ 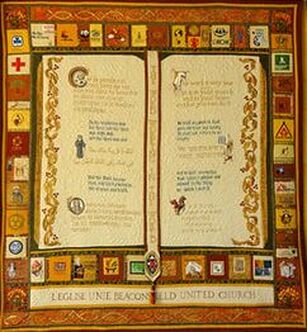 The third banner, The Open Bible, was dedicated in 2012 by 40th Moderator Mardi Tindal on the occasion of the opening of the annual meeting of the Affirm United Conference.  Unique to this banner is the text from Deut. 30: 14, "I have put my word in your mouth and in your heart that you may do it".  In addition to the English translation, the universal application of this text is hinted at in five other languages being represented: French, Hebrew, Arabic, Mohawk (we dwell on Mohawk ancestral lands) and Baybayin (an ancient script of the Philippines long suppressed, by three hundred years of Spanish oppression). Surrounding the open Bible are over fifty individuals, groups or organizations who are or who have being "Workers of the Word in the World".  Some of the hand painted individuals are Lydia Gruchy, Nelson Mandela, Norman Bethune, William Wilberforce, Florence Nightingale, Mother Teressa and Kateri Tekakwitha. 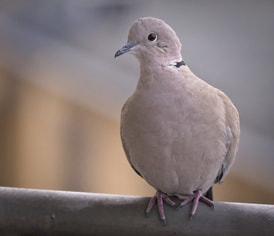 The fourth banner featuring the Dove, symbol of the Holy Spirit is still under creative review.

Other Banners and Environmental Designs